The Pottery Trail is a self-guided driving tour of clay studios in western Massachusetts. This year, there will be 10 guests in addition to the 9 potters that will welcome visitors to their studios.
Bring along a friend and visit the Asparagus Valley Pottery Trail this spring.
For more information and trail map click here for the Asparagus Valley Pottery Trail website!
Share
Coldwell Banker posted this information and I think it is extremely helpful.   You can check out 64 important numbers every homeowner should know at the This Old House website!  Click here for details. 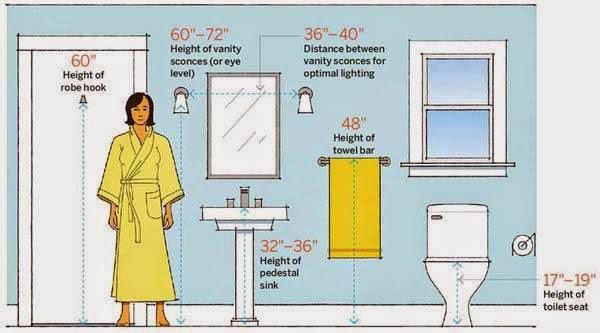 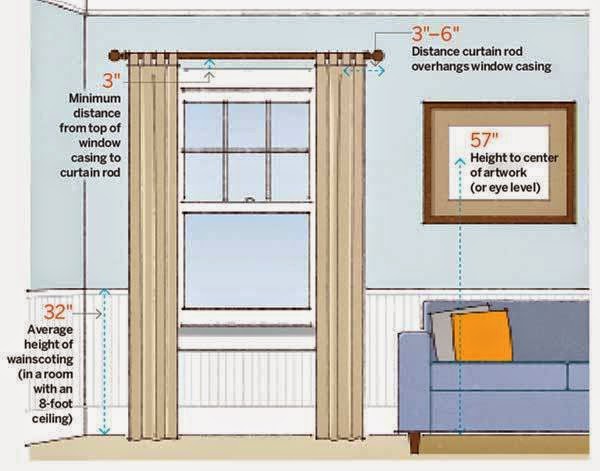 Share
I received an email from Rick Galarneau from MassRadon updating real estate agents about radon and the best testing equipment that should be used.  I find this information helpful and wanted to share with all of you!
For more information about radon or scheduling a test, contact Rick at MassRadon by Aaron Associations 413-737-0272 or visit his website at www.MassRadon.com
1. WHERE IS RADON?   We have heard of some folks stating "there is no radon in this (house, area, neighborhood etc)". The fact is there is radon everywhere, it's in every house on the planet including yours and mine. The question is How much radon is in any given house. Radon will still be present even after a mitigation system is installed but it should be at a safe level after a system installation. Test every house, regardless if every other house has acceptable levels, this might be the one that doesn't.
2. WHAT KIND OF TEST IS BEST. While there are several to choose from, a test with a CRM (continuous radon monitor) will give you the most information and will show the highs and lows of radon that typically exists. Radon fluxuates continuously. The other methods of testing will show you the average reading only. If tests are done side by side with different methods, the final number will be the same regardless of what method you test with. Sometimes the CRM test can unnerve clients because they may see the number reaching above 4.0 during the test, even though the average reading is below 4.0, however the CRM test is becoming the preferred test of many "CERTIFIED TESTERS" and a little explanation to clients usually calms their fears.
3. WHAT KIND OF TESTS SHOULD BE AVOIDED?  there are some home inspectors who are testing using a Grab Sampler, commonly known as a sniff tester. They will conduct a test in the time it takes to do a home inspection and give the client their results. These tests are NOT APPROVED tests. Any radon test must be conducted for a minimum of 48 hours according to the EPA and any test done in less than 48 hours is INVALID and should not be used. A grab sampler is a tool designed for mitigators to help determine entry points of radon and they are not intended for diagnostic testing.
4. DOES WEATHER EFFECT RADON TESTING? Yes, severe weather like heavy rain, high winds, heavy snowfall storms (Nor'easters) and sever barometric pressure changes can raise radon readings substantially. Radon levels will fall back to their norm as the weather passes. Normal rainfalls, breezy days, average snow falls are acceptable to test during because it is considered normal weather. Its the unusual sever stuff that should be avoided when conducting a test.
5. WHERE SHOULD THE TEST BE CONDUCTED?  Radon tests should be conducted in the lowest level of a home that is suitable to be used as a living space. Typically NOT in dirt floor, stone wall basements, NOT in crawl spaces. Your average concrete basement, finished or unfinished would be a proper place to test as it could be used as an exercise room, work shop, family room etc. This misunderstanding by inspectors has caused many problems for clients requiring a radon system be installed, when it otherwise may not have been needed. Older dirt floor basements cannot be mitigated in the traditional way and require much more expensive equipment to mitigate. Crawl spaces can also require expensive methods. Be aware the inspector is testing, The basement is not always the correct choice.
6. RADON IN WELL WATER. Testing well water for radon is a very specific test and is not part of a routine water quality analysis. The sample must be drawn correctly or the customer is wasting their money. The water must be run for a minimum of 10 minutes to be sure the water being testing is coming directly from the well, not what's been sitting in the well tank. Run several faucets at once to get to the fresh water quicker. After that shut off the faucets, remove the aerator from the one the sample is being drawn from. Run the water at a slow trickle into a mixing bowl making sure it is not creating bubbles as it enters the bowl (this is releasing radon into the air and will invalidate the test). Fill the bowl enough to submerge the test vial. Fill the vial by submerging it, turning it to get any air out and recap it underwater. There is a well company in the Wilbraham area that is telling Realtors that Aeration radon systems do not work and he will sell you a very expensive system instead. This is NOT TRUE. Aeration system are the standard for well water radon systems and they work very well.
Aaron Associates installs radon system for both airborne and well waterborne radon problems. We use aeration systems for the well water and they will reduce radon in well water by about 98% regardless of what it starts with.
Share
How about a trip around Massachusetts to have a sampling of beer from 60 breweries? 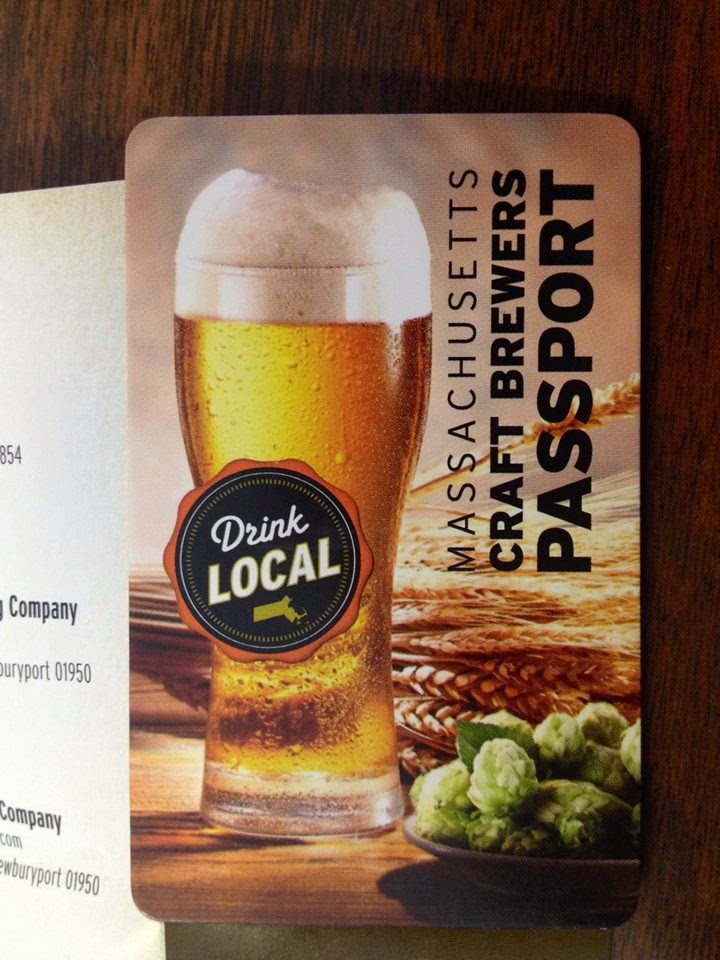 With more than 60 breweries, Massachusetts is home to some of the country's tastiest craft beer. And now that the weather is beginning to warm up, the upcoming months present the perfect opportunity to sample the bounty!
Thanks to the Massachusetts Brewers Guild, you don't have to do much heavy lifting when it comes to thinking through a craft brewery excursion. The Massachusetts Craft Brewers Trail rounds up and plots out the Commonwealth's craft brewers all in one place, making trip planning a whole lot easier.
For more information about all the fun things you can do in Massachusetts, visit massvacation.com 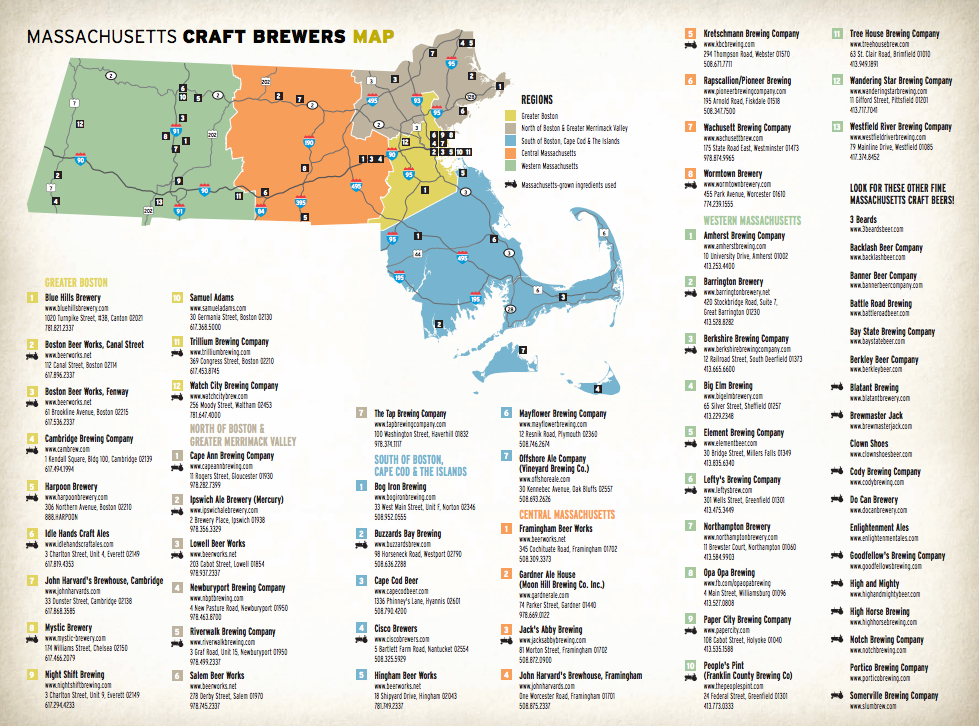