Share
Coldwell Banker Upton-Massamont is teaming up with Coldwell Banker's "Adopt a Dog" national campaign. Help us get the word out about adopting a pet from area shelters. Like Mooney & Roberts facebook page and keep informed about stories and events that will be happening. Dogs are family and help make a house a home! If you haven't seen the Coldwell Banker commercial, here it is for you to enjoy!


Share
If you are considering leasing solar panels and might be selling anytime in the future,  it could be an issue with a buyer.   Interesting article just posted in Daily Real Estate News.  It might not be the case in your market area.  I would recommend consulting with a local real estate agent before making a final decision.
Solar Panels Can be a Deal Killer
Studies have suggested that the addition of solar panels on a home can boost a home's value. But sometimes those solar panels can sabotage a deal when it comes time to sell.
More companies are offering home owners a contract to lease solar panels where they pay no upfront costs for the installation and could start saving on their electricity bills right away. But home owners who sign onto these deals are finding some snags when they go to sell.
Potential buyers are leery of taking on the leasing payment contracts for the next 15 to 17 years because they often have to qualify on credit from the solar companies themselves. Also, some buyers are hesitant to sign a contract because they're concerned the solar equipment will become obsolete or won't amount in a big savings in the end after paying the leasing fee.
Some home buyers are refusing to buy the house unless the seller buys out of the remaining lease payment stream -- which could be $15,000 or more.
For example, a Fresno, Calif., couple trying to sell their house told The Los Angeles Times that it attracted multiple offers but two sets of buyers backed out of the contracts due to the leased solar panels on their roof. The buyers felt the long-term cost of the lease agreement was too high or they were concerned about the credit qualifications they had to meet in order to take over the lease. Ultimately, the couple had to pay $22,000 to break the lease with the solar company so that they could sell the house.
With the rising popularity of solar, Lynn Farris, a real estate professional in Windermere Hulsey & Associates in Vacaville, Calif., says she's already seen several disputes arise over solar panel leases, and she expects the problem to get worse.
After all, residential solar installations are rising dramatically -- up by 50 percent per year since 2012, according to the Solar Energy Industries Association.
DAILY REAL ESTATE NEWS | MONDAY, MARCH 23, 2015
Share
If you are looking for a special piece to add
to your collection,  don't miss the
pottery seconds sale at Greenfield Community College.
Well worth attending.  See you there! 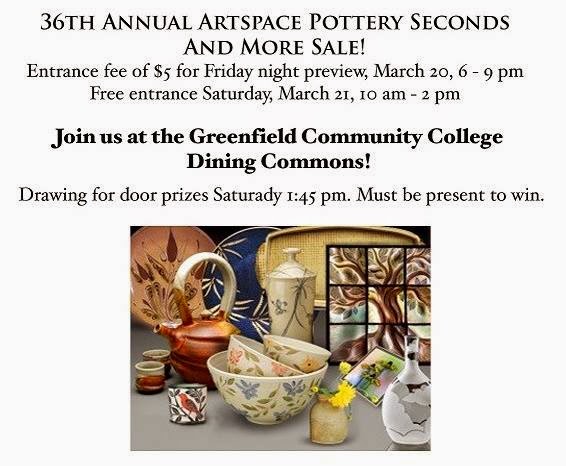 Share
First Time Home Buyer Workshop Series
If you are a first time home buyer looking to purchase a home this year, now is the time to sign up for the workshop series.  You will learn from a real estate agent, home inspector, and lender about the process of buying.  This is a great education and well worth taking.
The classes do fill up, sign up today!

Share
Winter is over and Spring is here!
Time to get out and enjoy some good music this Saturday
at the Great Falls Discover Center starting 7:00 PM 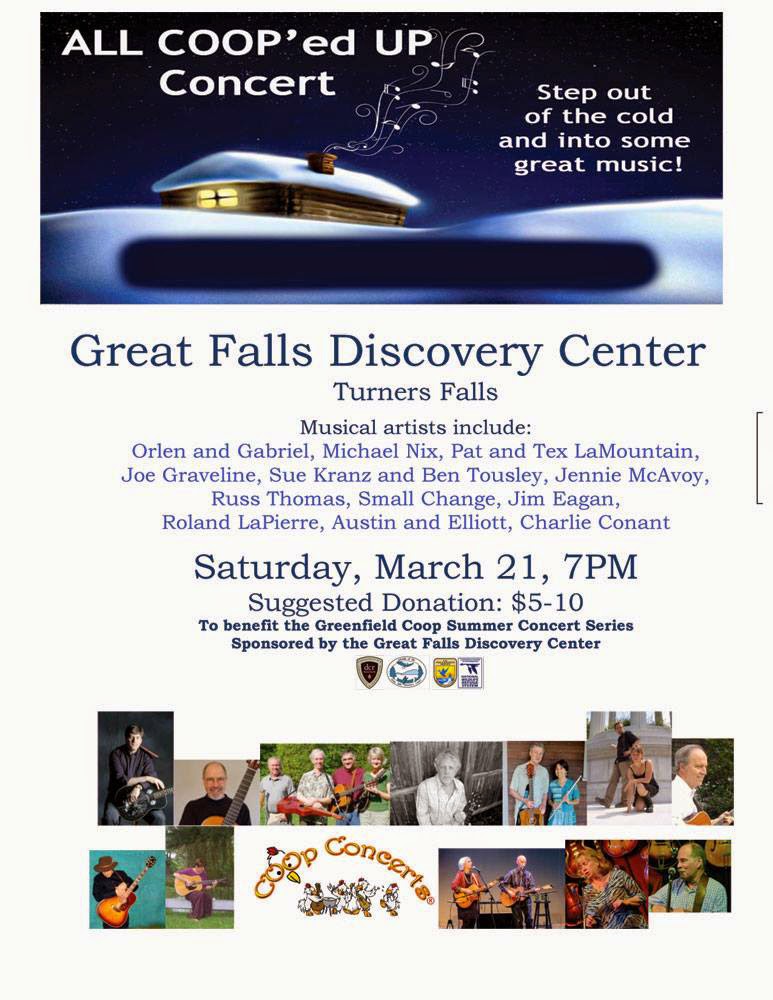 Share
This annual survey is conducted by the National Association of REALTORS of recent home buyers and sellers.  The results below are specific for Massachusetts.    I think you will find it very interesting and also useful whether you are thinking about buying or selling.
2014 Profile of Home Buyers and Sellers
Massachusetts Report
Characteristics of Home Buyers and their Experience:
Characteristics of Home Sellers their Experience
Share

Seussical the Musical will be transforming the stage of Mohawk Trail Regional High School. The musical is based on the works of Dr. Seuss whose stories are creatively woven together to create the ultimate musical extravaganza! Come see The Cat in the Hat, Horton the Elephant, The Grinch and many more characters brought to life through a series of foot-tapping songs, lively dances and colorful sets!
Performance dates are
Friday and Saturday, March 6 & 7, 2015 at 7:00pm
Sunday, March 8, 2015 at 2:00pm.