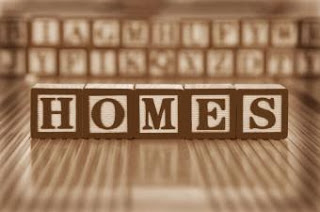 According to Lawrence Yun, chief economist for the National Association of Realtors (NAR), there were a few surprises in the housing market this year.
Price appreciation was more accelerated than anticipated, and cash purchases continued to make up an uncharacteristically large portion of sales."The recovery accelerated a lot faster than we anticipated, which was great for sellers and for the 75 million homeowners who saw their home values appreciate," Yun said in his 7 Housing Trends for 2013.
After a minimal rise from $179,000 to $180,000 over the year in 2012, the national median listing price shot up to $199,500 by September this year, according to Realtor.com.  Another surprise for Yun was the large portion of cash purchases. Over the past three years, cash purchases have made up about one-third of home sales, according to Realtor.com.  Both investors and overseas purchasers contribute to this trend, but Yun said, "Even some owner-occupant buyers are cash buyers because of the excessively tight underwriting standards for loans."  "Some people are getting help from relatives to buy, and then they plan to take out a home equity loan later to repay them," he said.
Other trends this year include rising mortgage rates, persistently high affordability, bidding wars, demand from first-time home buyers, and mounting popularity for real estate mobile apps.
As Yun expected, mortgage rates increased this year, "but they're still very affordable when you look at rates on a historical basis," he said.  Rising mortgage rates and rising prices contributed to a decline in affordability this year, but despite reaching a five-year low, Yun said, the affordability rate is "still the fifth highest for the past 30 years."
Price appreciation, low mortgage rates, and a third ingredient--scarce inventories--created a recipe for bidding wars this year. As of September, the housing market holds a five-month supply of homes, according to realtor.com.  The market is also beginning to see more demand from traditional buyers.  While homeownership has declined over the past several years, there is now a "replenishment of renters who want to buy homes," said Barry Habib, co-owner and chief market strategist for Residential Finance Corp., according to realtor.com.
Yun also took note of a growing trend among real estate brokerages to produce mobile apps to help both buyers and sellers. "Nearly every Realtor and brokerage in the country introduced a mobile app this year," according to Realtor.com, and consumers are relying on those apps.
Sixty-eight percent of homebuyers used a mobile app while searching for a home, according to a study by Google and NAR.