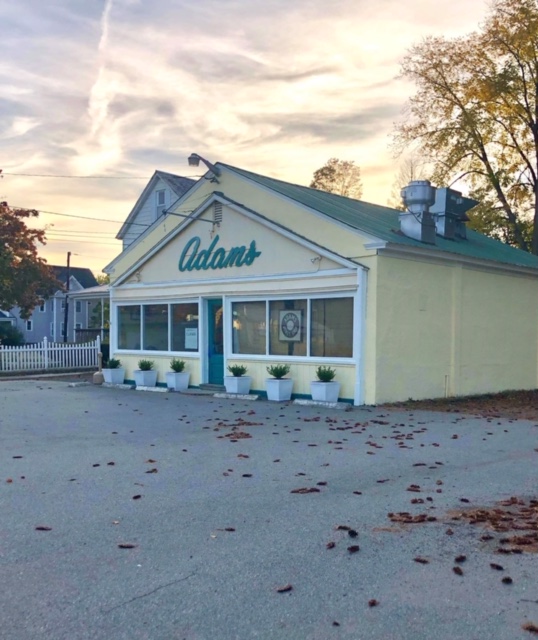 Adams Donut Shop has been serving delicious donuts with creative flavors to the community of Greenfield since 1956. Charles and Myra Adams started the business, first selling donuts from their garage in the 1940s and then finally opening up the shop in 1956. The business was passed down to subsequent generations until it was eventually sold outside of the family in 1989. The most recent owner was Carrie Brown, who had to close the shop when the pandemic hit in March. In late June, Brown announced that she would have to close the shop and the current owners (and sisters), Sidra Baranoski and Sabra Billings, jumped on the opportunity.

The two sisters have been working hard to prepare the shop to reopen. They gave the inside of the building a makeover, learned a lot about donut-making, and came up with a new line of premium donuts, called Adams Fancies. The new line-up includes creative flavors such as S’mores, Peach Cobbler, Caramel Latte, and Cannoli. They will continue to make Adam’s famous donut varieties, calling them Adams Classics.

The shop will also serve other items like fritters, muffins, cinnamon swirls, and even breakfast sandwiches in the near future. They have also worked with Pierce Bros. to come up with a new blonde roast just for them called Twice as Nice, since both sisters are blonde. In addition to this specialty roast, they will have Pierce Bros. Moka Java, a medium roast coffee, plus decaf and a variety of teas, milks, and juices.

Adams Donut Shop officially reopened at the end of November. Their hours are Wednesdays through Saturdays 6 am to 12:30 pm and Sundays 7 am to 2 pm. There is no indoor seating and all guests must wear a mask and practice social-distancing. Adams donuts can also be purchased online with curbside pickup for orders of a half-dozen or more. Since the reopening, the shop has been quite busy, so be sure to order early to make sure they don’t sell out of your favorite flavor!

Check out Adams Donut Shop online at adamsdonuts.com or on Facebook! 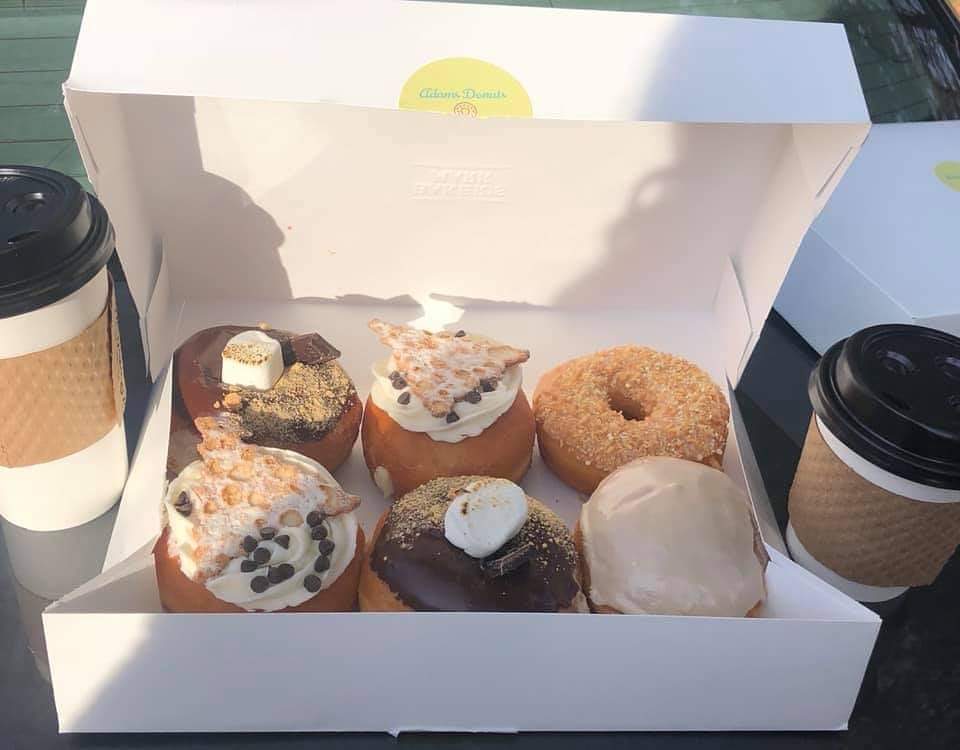